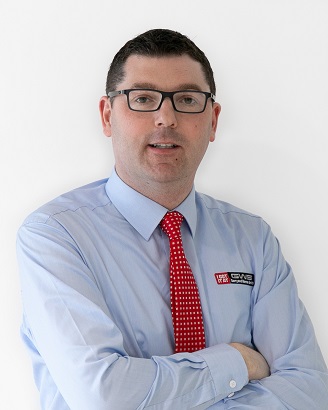 I arrived in Brisbane in April 2011 having decided to take a year out from my job in Ireland. In Ireland, the automotive industry was on its knees with the lowest annual vehicle sales ever in the preceding year, and many businesses were shutting down.

My first task was to find a job, and I was fortunate enough to get the first one I applied for. It was with the Norris Motor Group – Volkswagen, selling new vehicles. It was totally different from selling in Ireland, moving from a market of 100k to 1 million vehicles annually. The automotive industry in Australia is also much more regulated than in Ireland. I began by applying for a motor salesperson registration. Once I had acquired this, I had to learn quickly on the job.

After my first year I progressed to a position within the group as used vehicle manager at their Nissan and Hyundai franchise. This was my first experience of management, I had to develop many skills including leadership and communication.

I was fortunate to be part of a very strong leadership team including the owner of the group and my dealer principal who helped me settle into the position. I married my Australian born wife in 2015, and we decided to relocate to Melbourne that same year, primarily for family reasons.

I have been a member of the Irish Chamber of Commerce since I moved to Melbourne in 2015. Last year I enrolled in the mentoring program and was matched with Carl Walsh. To get one on one-time with such an accomplished business professional, with vast experience has been priceless. I have made some excellent connections through the chamber including last year’s young entrepreneur winner Andrew Harte (Eire Workforce) and Deirdre O’Donoghue from (LeasePlan Australia).

I love living and working in Australia, but I also cherish my Irish culture and heritage. I believe that in winning an award such as this would boost my confidence not only to push forward with my career but most importantly to also do what I can to advance the alignment of values, the partnering of opportunities and the encouragement of friendships between these two great countries