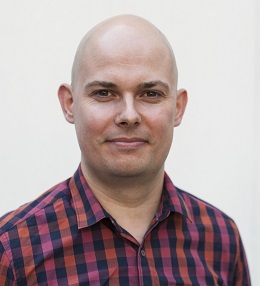 Hydric Media is a technology studio specialising in building apps and digital products that delight, fascinate and touch millions of people. Over the last several years we had the opportunity to work a very wide and diverse range of clients, such as Spotify, MTV, Northwestern Mutual, Gatorade, Twitter, Reebok, among many others.

Hydric Media is solely owned by 2 Irishmen, Eoin McCarthy and David Lowry, who met while studying at the University of Limerick together. We started with humble beginnings in late 2012 and over the last 4 years, have grown to employ 12 people across Brisbane and New York - with the production happening exclusively in Brisbane.

Hydric is now regarded globally as one of the most experienced Spotify application developers having created Spotify powered applications for brands like Bose, Gatorade, SXSW and even Spotify themselves. The apps we have been built have been significantly features in the US app stores, with our own app Wonder.fm recently receiving an Apple 'Editors Choice' in the music category.

Our work with MTV in the US received this glowing recommendation from our client:
"We worked with Hydric Media for our MTV Artists App on iPhone, Android, and iPad from design to development. They are truly an amazing team to work with. They are incredibly collaborative and creative, and bring a lot of technical and platform knowledge as well.
They brought great perspective and ideas, and also came to the table with some great technical solutions for getting us where we wanted to go."
Mark Mezrich - VP Product Management, Music Group, Viacom