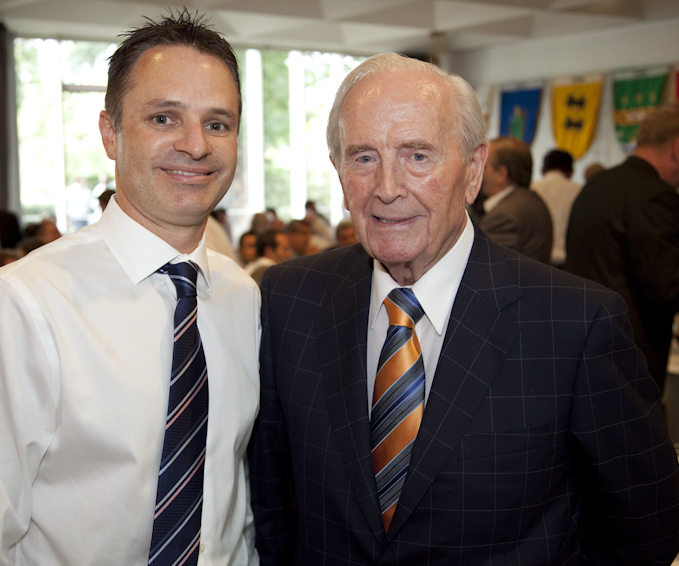 I know that our Members, particularly those in Melbourne, who had the good fortune to spend time with our Founding President, Gerry Higgins, will have their own stories about the times they had and the conversations they shared. There will be many recollections of days gone, and we will share the sadness of the passing of someone who had such a significant impact on the course of our journeys in Australia.

Many of those memories will be attached to grand occasions, some will reference quieter moments, but for me, the strongest memories that I hold of time spent talking to Gerry Higgins, had a common theme, the pleasure he took in hearing about the successes of others, particularly the emerging talent within the Chamber.

Two things in particular came to mind, one being the messages I relayed to Gerry following the Irish Australian Business Awards, where there is an Award named in his honour. As I shared the story of that year’s winners and their achievements, Gerry loved to hear about them and I’ve no doubt that he then regaled Peggy with the news of that emerging generation.

The second was the moment captured in the photograph above, a Chamber event from 2012, where, at the end of the afternoon, Gerry came over to say his farewells. An Australian friend of mine was with me and of course the two lads got talking. It always stayed with me how he took the time to find out about how a complete stranger, with a slightly Irish name, came to be there, how his work was going and most remarkably, to thank him for being part of the Chamber. He never talked about himself or the successful business he had built, he wanted to hear how that person was doing, and wish them well.

I always came away from those conversations with a sense of pride that I had the opportunity to continue his work, and when we saw each other at the St Patrick’s Lunch in Melbourne each year, he always made a point of telling me how pleased he was with how the Chamber was going and to keep at it.

I will miss seeing him, as I’m sure so many of us will, and I’d like to thank him for giving us the chance to be part of his Chamber.